Want to watch your Carroll Merchants online? Learn more about how to stream games on Facebook LIVE.

The Merchants are BACK!!!  The Carroll Merchants will be joining the history rich MINK Baseball League in 2022!  The Merchants play in Merchants Park, built in 1949.  Previously, the Merchants competed in the Pioneer League from 2016-2019.  As part of the MINK League, The Merchants will compete in the MINK’s North Division, joining the Clarinda A’s, Chillicothe Mudcats, Des Moines Peak Prospects, and St. Joseph Mustangs. The South Division will be composed of Jefferson City Renegades, Joplin Outlaws, Nevada Griffons, and the Sedalia Bombers. 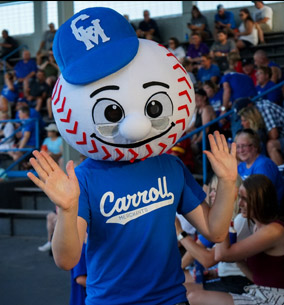